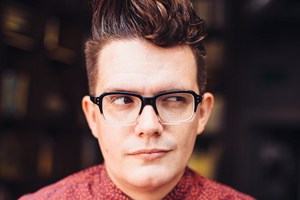 David Morgan is not only a guaranteed rib tickler he’s also extremely warm and audiences fall in love with him.

He is best known for his TV appearances on ITV2’s ‘Safeword’ alongside Katherine Ryan and Rick Edwards where he features as a team captain. He is also the newest addition to the presenting team on ITV2’s ‘I’m A Celebrity Get Me Out Of Here NOW!’.

His debut hour show ‘Triple Threat’ premiered at Dave’s Leicester Comedy Festival where it earned a nomination for ‘Best New Show’ and then was in the final shortlist for the ‘Amused Moose Laughter Award’ up at the Edinburgh Festival Fringe in 2011.

When he’s not on TV he’s travelling up and down the country performing stand up at the UK’s most prestigious clubs.

“A joy to behold” Metro